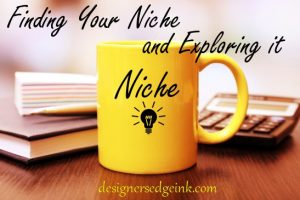 Real Title: Being Me Even When I Didn’t Know I was Doing It

No Expert or Guru Statement

This was written under one of my alter egos. I haven’t changed what I originally wrote in this. Did add my Real Title which I’ve been doing and that is it. And might even do an updated one for where I am now. Sort of a before and after

So many times I’ve heard tales of Woo from people who have given up a dream or not even pursued one because of the all time dream stopper. Fear. This is a motivator for a lot of untried and untapped ideas. People won’t admit that they are afraid because this will be to admit that you are not strong. Wrong. I’ll be the first to admit I am afraid of failure, afraid of rejection and so many other things I cannot even begin to name because I would have about 3 sets of encyclopedias the unabridged version. Do I let the fear of these things rule me. Not now but I used to but now I look fear right in the eye and dare it to do it’s worst. I conquer or tame it so I can function to do what needs to be done.

One of my biggest fears I had to tame and then conquer is my fear of writing a novel. Let me tell you my story of how I fought this battle and won.

Writing has always been a passion of mine, I wrote poems, short stories, and songs since I was a child but the idea of even being a novelist never crossed my mind. I viewed writers as fascinating people even though I thought they were a little insane to even want to take the time to sit down and write such a long story. I always said no way would you catch me writing a novel. I would stick with my poetry and short stories. Also I would be the reader of those great novels out there but write a novel myself you have to be crazy or drinking something. This was the fear of failure talking. I am the type of person if I start something I have to finish it or I would feel as if I was a failure.

This may sound familiar to you. The fear of failure is a strong adversary that was no match against the power of the subconscious. Everyone has their own story on how they found their niche in writing. Some was born out of frustration with what they were reading, others were from dreams they had but in my case I did it for self-preservation. Preservation is a funny word but an accurate description of what U was going through. I have always been an avid reader and writer of short stories or articles but I never dreamed that I would have the desire or courage to write a novel. My subconscious woke up and smacked me in the head and said “ Oh yes we are going to write a book and a good one at that”. I tried to bury it but since it wouldn’t leave me alone, out of self-preservation (Yes I’m back to that word again) I had to write my story.

When did this idea, fantasy or desire to write a novel come into my head I don’t know but once I had the idea it wouldn’t leave me alone. It followed me everywhere. In my dreams, to work, and was in everything I did. I would be walking along the street and wham I would just start to daydream about some people walking down the street like me. I’d try to remember what movie I had seen or book I had read that had the scene and couldn’t remember. At the time I didn’t realize it was my characters trying to make a run for it from my subconscious. I’d just shrug and let it go thinking I would remember it sometime but the subconscious is sly. It waits for you and when you least expect it comes at you like a steam train. I would constantly be bombarded with many different scenes and would wonder where I had seen it. The images would not leave me alone. I could not get away and was unable to give up the fear to pursue this subconscious dream.

My subconscious was stronger than my fear tough and would not be defeated.

Remember when I said the subconscious was sly. Well let me show you how sly it could be. The final trick my subconscious used was my passion of reading against me. The straw that broke through the fear and that gave me the strength to write my novel was when I was reading a novel and in disgust I threw it aside because I could not concentrate. I kept seeing a different story in my head I caved in and started a search for a pen and paper. I found some and just started to write my idea down. I wrote and wrote until my hands started to cramp. And still I could not stop. When I was finally able to stop my mind was at ease. The characters were finally going to get their story. I woke up and broke out of my shell and decided to pursue the dream I was unwilling to pursue for so many years. I had finally made the decision that would change my life. I was going to be an author. And then my subconscious was appeased.

Now go out there and kick butt getting stuff done.

Note: This is cross-posted in various places.

Sign up for Ink Rhythms (free newsletter for authors)

This entry was posted in Action Item & Inspiration & Advice, Writerly. Bookmark the permalink.